Alumna Guest Post – How to Get the Part: A Beginner’s Guide

Jacki Carlson is a 2012 graduate of Assumption College who double majored in Theatre Arts and English. Since graduation, Jacki has worked for The Walt Disney Company©, The Agency for the Performing Arts (APA) and currently works at Bain & Company. You can see her performing at Improv Asylum on Monday nights in Boston’s North End or touring across New England with The Murder Mystery Co. and Party Princess Productions. Below, Jacki shares how she prepared for a career in entertainment while in college and how she’s integrated her love of theatre into her life after college. 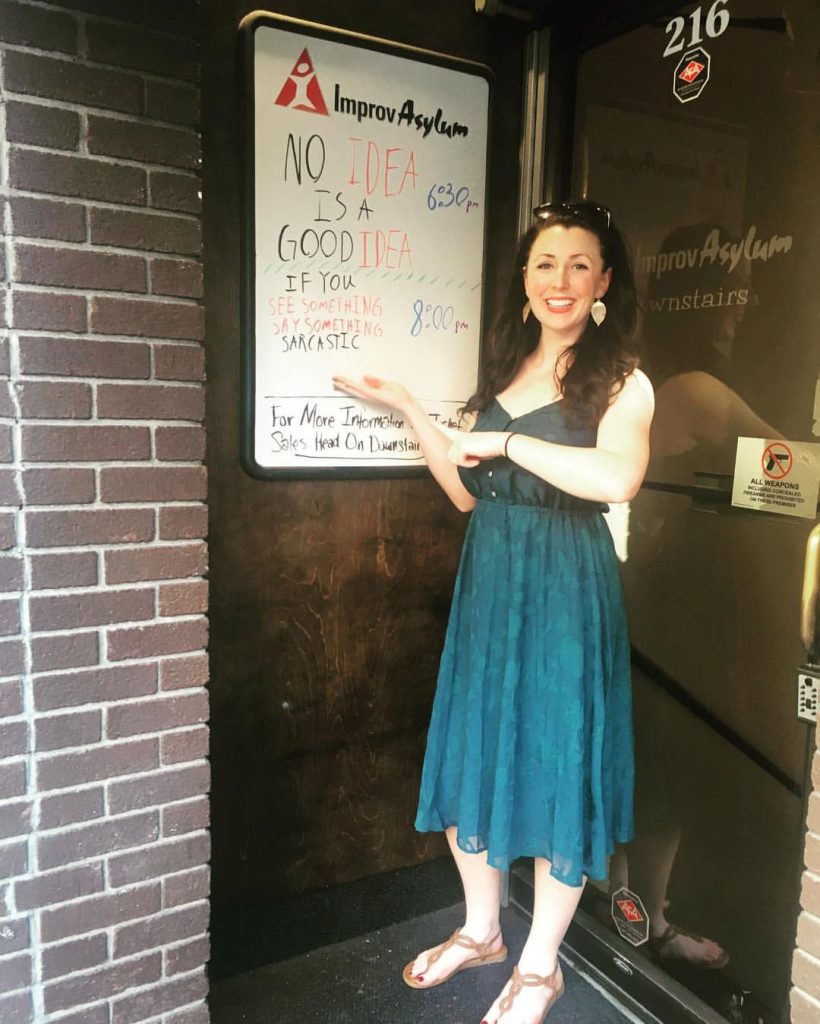 The world is your stage and every day is an audition! Regardless of what industry you plan to enter upon graduation, you can still benefit from following a few simple rules. It may be tough out there, but it is easy to stand out if you set yourself up for success.

Do not wait. Begin researching jobs, internships, and opportunities as soon as possible. Applying for a job with The Walt Disney Company© almost a year before graduation allowed me the opportunity to truly enjoy my senior year at Assumption. It afforded me the time to save money to move across the country and eliminated the stress of beginning a job search after graduation. I was lucky enough to spend my senior year creating an original sketch television show for ACTV and directing a comedy review for the theatre department instead of worrying about finding a job.

Become an information sponge. By finding out everything about your respective industry before you interview, you will become an expert and know exactly how to prepare. Research the company and the people who work there: read blogs, watch videos, and talk to people who have jobs that interest you.

As a junior, I spent a semester in Chicago at The Second City Comedy Studies Program where I studied comedic acting, writing and improvisation intensively. The program is highly competitive and only accepts thirty college students from across the country per semester. Before I applied to Second City, I stalked their Facebook and looked to see which alumni were most active on their page. I then contacted those alumni and listened to their experiences, received advice, and had my essays proofread before I submitted my application. Was I acting a little crazy? Always… but I got in! 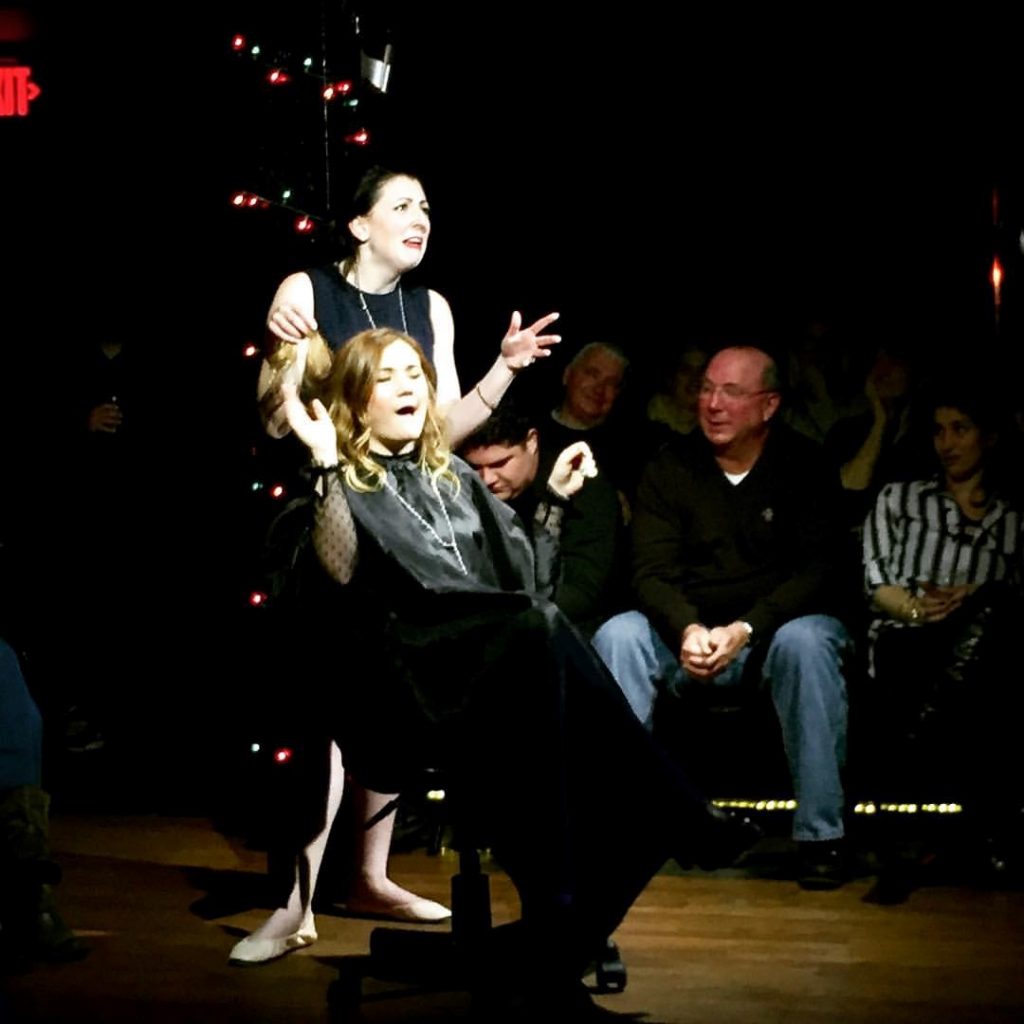 The Hustle is Real

Get over your pride. Even if it means taking an unpaid internship or working in the mailroom at a good company, every step you take is a step in the right direction. Titles do not matter; simply focus on getting your foot in the door. Your first job is not your last job.

In Los Angeles, I worked for six months at an unpaid internship in Hollywood for the possibility that my boss would refer me for an interview with a talent agency to work in their mailroom, and that was only if they liked me. I would work at my internship during the day and then drive forty-five minutes out to Calabasas to wait tables at night so I could pay my rent. I was 24 years old when I went in for my interview to be in the mailroom at APA, one of the biggest talent agencies in the world. All my hard work paid off when APA hired me directly into the company as an assistant, my first full-time job two years after graduating college.

It is all about who you know. Use your senior year to begin connecting with alumni, some cousin twice removed who works at Liberty Mutual, or even the cute guy who works at Cinnabon® in the Solomon Pond Mall (just kidding about the last one, he probably doesn’t even work there anymore). Everyone knows someone. Most companies give a referral fee when an internal employee brings someone into the company, so people will want to help you. Do not be afraid to reach out and buy someone a coffee to pick their brain about their job.

When I worked as a talent agent’s assistant, I not only kept my boss’ calendar fully booked, but mine as well. I would schedule work drinks or a lunch with assistants from other companies Monday through Thursday every week. I also attended networking mixers on a regular basis. I was building a network so that when someone heard of a job that I had shown interest in, my resume would be passed along. Nobody wants to work 9-7 (on a good day) and then go schmooze for two hours at a networking mixer, but you have to play the game if you want to get off the bench.

Fake It ‘til You Make It

I want to leave you with one last piece of advice: If you say anything with enough confidence, people will believe you. I have based my entire life around this concept and all my success has come from the ability to market myself in an effective way. You are your own most valuable product and you must learn how to sell it correctly. If you do not believe in yourself, no one will. Walk into every interview truly believing and acting as if you are the best person for the job. Confident energy is reassuring, relaxing, and memorable. Please remember the importance of confidence as it will help you get the part, while the rest of your competition is still waiting in line to audition. Also, please tell the cute guy at Cinnabon® that Jacki Carlson says hello. 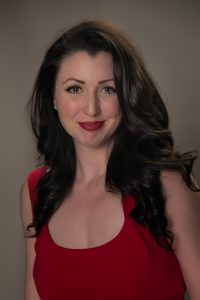